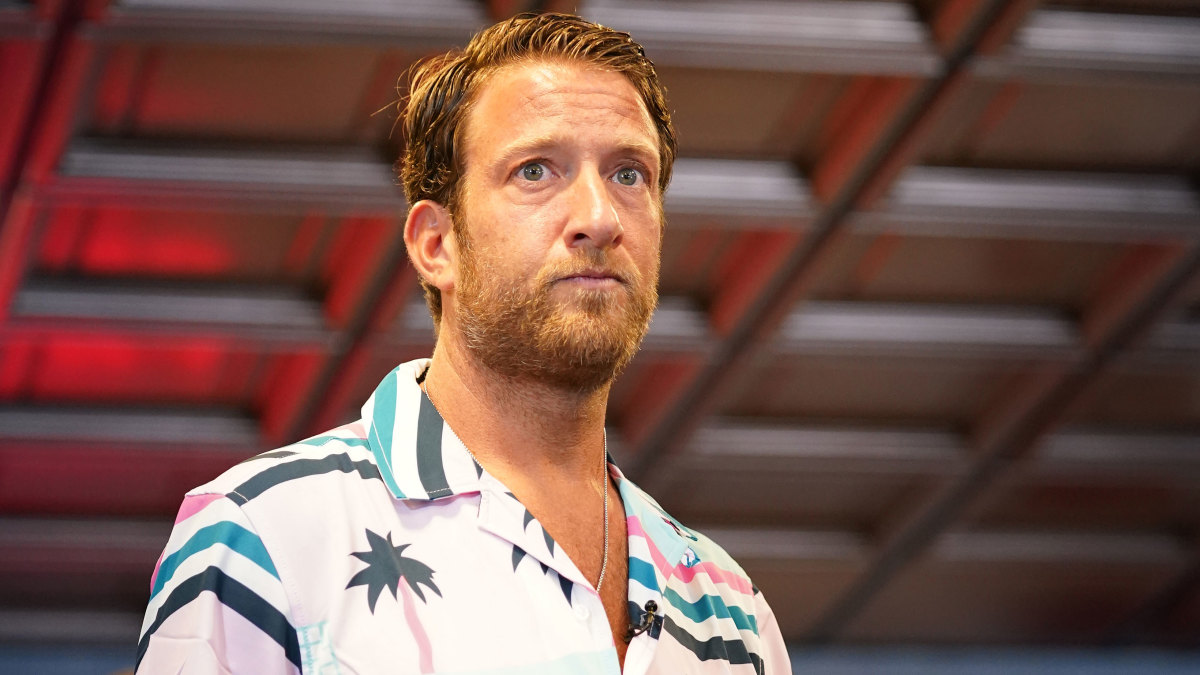 1. No media company has shaken up the digital landscape like Barstool Sports. Could it shake up sports television as well?

The company has already acquired the naming and broadcast rights to the Arizona Bowl, which will air on Barstool’s website.

And, on Thursday, the same day after it was announced that Penn Gaming/Barstool had acquired theScore for $2 billion (side note: theScore app is by far the single best app for scores if you’re a degenerate gambler), the company’s founder Dave Portnoy dropped quite a bombshell.

According to Portnoy, Barstool is in talks with one of the four major sports to air games.

Allow me to now speculate wildly about the possibilities here.

That leaves the MLB, NBA and NHL (even though college football really is the fourth major sport in this country and not the NHL, but I digress).

This is just strictly a guess, but I could see the NHL partnering with Barstool. The company’s Spittin Chiclets podcast is enormously successful, and the NHL could use the publicity and jolt Barstool would give it.

So could Major League Baseball. However, I’m not sure the aging MLB audience would be the ideal match for Barstool.

No matter which league is in talks with Barstool, the fact is, the way viewers consume games is changing in rapid fashion, and a priority for every league is to attract new and younger fans.

Don’t be shocked if Portnoy’s claim comes true sooner rather than later.

2. Just need to let you guys know that for some unknown reason, Apple has decided not to post this week’s SI Media Podcast with Ian Eagle. This is a huge bummer for me because Ian was truly tremendous on this episode.

We talked about the possibility of his replacing Marv Albert as TNT’s lead NBA voice and whether he’d want the gig calling Thursday Night Football for Amazon.

Other topics and highlights:

You can still listen to the podcast, but you need to do so on other platforms, such as Spotify, Stitcher, Google and Audacy.

You can also listen below.

And you can watch the SI Media Podcast on YouTube.

3. Peyton Manning confirmed last night that his alternate Monday Night Football telecast beginning this season won’t be focused on the game, but will instead be more of a talk show with guests.

Here’s what he told Joe Buck and Troy Aikman during the Hall of Fame game.

“It is kind of like you are watching the game at a bar, and me and Eli show up and watch the game with you. [That] is kind of the theme. We are not going to be in a booth. With my forehead and my neck, I couldn’t fit in a booth. I can fit on my couch at home and Eli can be on his couch. But we are going to watch football. It was just too good of an opportunity—to watch football with your brother, to tell stories, to talk a little football; I am looking forward to it. It is going to be a lot of fun.”

4. NFL fans, myself included, always like to crap on all the musical guests the league likes to trot out for big events, such as opening night, Thanksgiving and the Super Bowl. So I’m going to be fair and say I will absolutely watch this before the Bucs and Cowboys kick off the season Sept. 9.

But I do have one message for Ed. Stick to the hits. Don’t fool around with new tracks.

5. Vikings quarterback Kirk Cousins said yesterday that he won’t get vaccinated, but he would like to surround himself in plexiglass at Vikings camp. Naturally, I have to post some Twitter reactions.

6. RANDOM VIDEO OF THE DAY: President Joe Biden wore a tan suit at a press conference Friday. In honor of the fashion choice, we must remember some of the Daily Show‘s best work ever.

Be sure to catch up on past editions of Traina Thoughts and check out the Sports Illustrated Media Podcast hosted by Jimmy Traina on Apple, Spotify or Stitcher. You can also follow Jimmy on Twitter and Instagram.