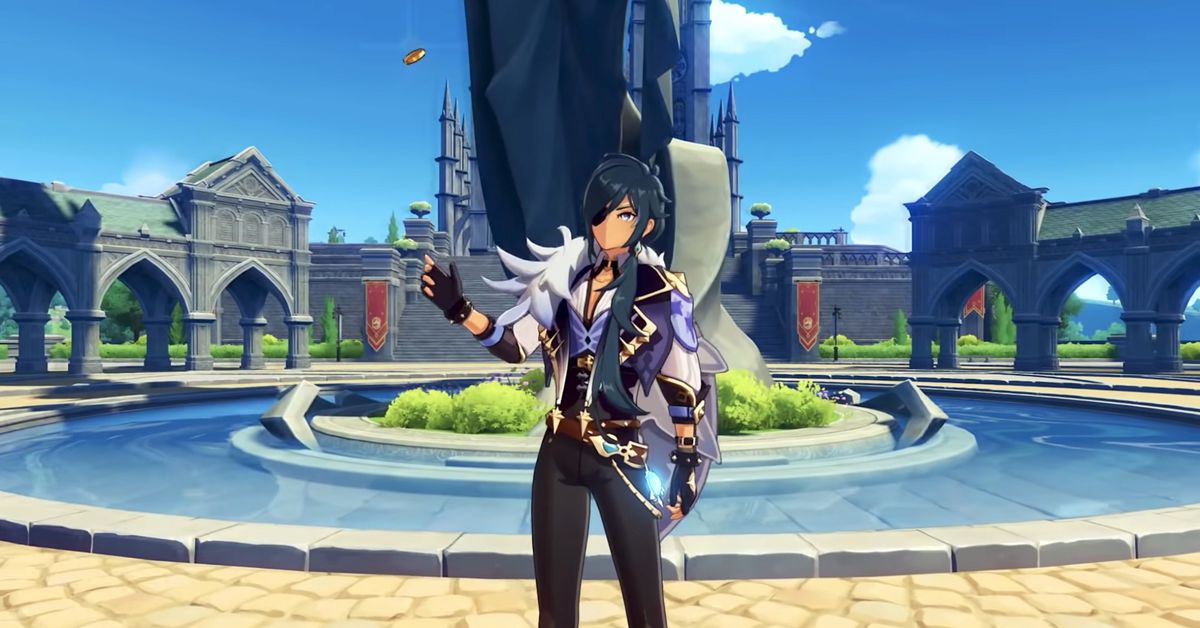 One truly dedicated player, however, discovered a method that combines clever manipulation of their internet connection with a character’s surprisingly useful ice attack.

Reddit user dezeadmf, known in-game as Meow, has made the long trek from Liyue Harbor, located near the southeastern part of Genshin Impact’s starting map, to Inazuma’s entry port, Ritou, past a long stretch of sea. They managed to cross all of that at the low, low Adventure Rank 9 — before players have many characters, resources, or much stamina to work with.

Normally, you can’t enter Inazuma until reaching Adventure Rank 30, and after completing a series of quests to get there. Dezeadmf rejected that option and used starting character Kaeya’s Frostgnaw ability to freeze over a path of ice toward Inazuma, a process that itself takes upwards of 20 minutes to cover most of the distance. For anyone following all the failed attempts over the past week, Mihoyo was clearly aware that its players would try this, so it put in a few roadblocks to prevent this tactic.

Once you get to a certain point close enough to Ritou, you’ll start to get personally electrocuted by Baal, the Raiden Shogun and ruler of Inazuma. Many players have been toasted by her surprise attack, and while not fatal, its knockback can make walking on Kaeya’s ice bridges a pain. And even if you survive Baal’s barrage, you eventually reach a point where the game kicks you to a loading screen and sends you back to the upper part of the map — although the chances of this happening seem to be inconsistent. Countless players have tried to figure out a traditional way past this, but it seemed that Mihoyo really didn’t want anyone cheating their way to the new content.

However, the studio didn’t account for a bit of manipulation with how this always-online game works. Dezeadmf employed a method that’s not unheard of in MMOs: using a lag-inducing program, or manually disconnecting your device from the internet for several seconds to disrupt the game into giving you near-unlimited stamina. Essentially, Genshin Impact takes the loss of connection as a lag spike, but doesn’t rubber-band you backward when it reconnects. This allowed dezeadmf to swim through Baal’s lightning attacks and Mihoyo’s loading screen attack all the way to their destination without their character drowning from fatigue.

In their instructions on how to perform the feat, dezeadmf noted that their entire trip took six to seven hours due to their mishaps, and said, “Good luck to whoever has the patience to do it.” They also noted that although they were vastly underleveled for the intended way into Inazuma, the game’s scaling made it so that enemies weren’t unkillable, and they were able to pick up World Quests and find treasures just fine.

This is the kind of determined achievement that Genshin Impact players are known for. When the gacha systems of the game hold you back from progression, you make that progress yourself, even if it might get you banned.