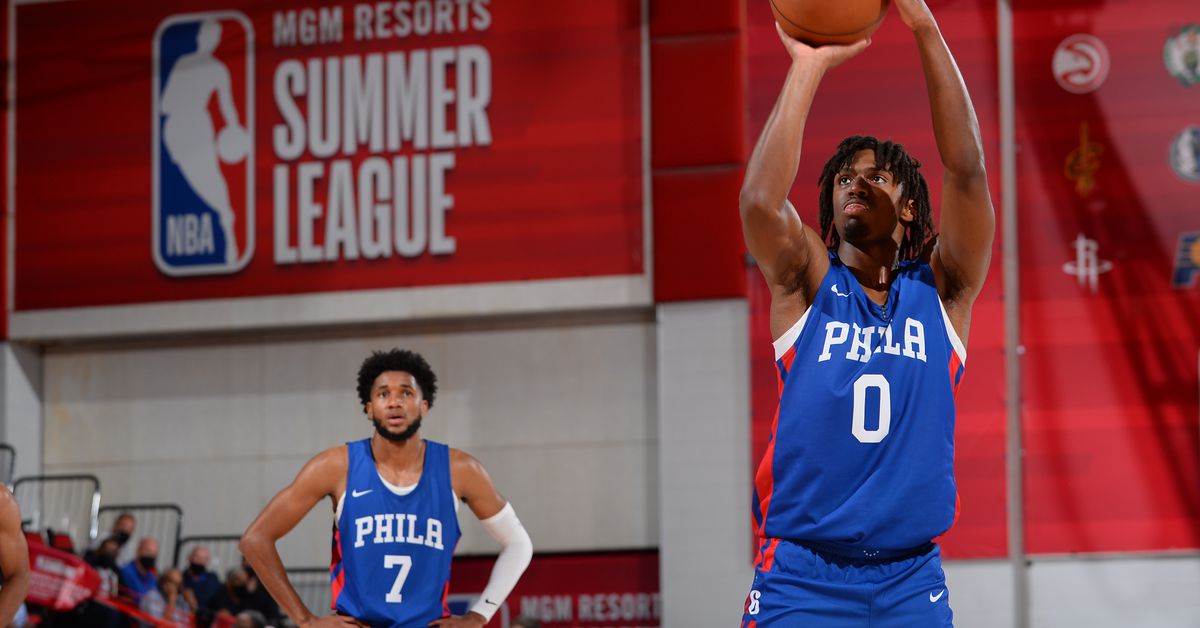 The Celtics will play their 4th Summer League Game against their long time division rival, the Philadelphia 76ers. Both teams are undefeated going into this game. The Sixers beat the Mavericks 95-73 and the Hawks 96-88. The Sixers are playing in the first of back to back games and will face the Timberwolves on Sunday.

They also feature 3 picks from the 2021 draft. Their first round pick was Jaden Springer, who was picked 28th. They also picked Filip Petrusev with the 50th pick. They bought the 53rd pick from the New Orleans Pelicans for 2 million dollars and used it to pick Charles Bassey. Bassey has been a healthy scratch in the first two games since he had not yet signed a contract with the 76ers.

The Celtics will be without their floor general, Payton Pritchard, for this game and the rest of Summer League. Coach Joe Mazzulla said that Payton had a previous engagement that he had discussed with the team and will be excused. It was obvious that Pritchard was good enough to be a rotation player this season and so he didn’t really need the last couple games to prove anything. We may get to see more of Yam Madar in Pritchard’s absence. The Celtics have also added Lithuanian guard Arnas Velicka for the remainder of Summer League.

Players to Watch
Aaron Nesmith
Nesmith struggled with his shot against the Hawks but came on strong against the Nuggets with 33 points on 13-18 shooting to go with 7 rebounds. He followed that up with 18 points, 9 rebounds, 4 assists and 1 block against the Magic. With Pritchard out, the Celtics will need Nesmith to continue with his hot hand in this one.

Yam Madar
With Pritchard out, Madar should get the start and more minutes to show what he can do on this level. He had a strong game off the bench against the Hawks with 8 points, 2 rebounds and 2 assists. His energy brought the Celtics back from a 10 point deficit and his defense made a big difference.

Honorable Mention
Bruno Fernando
Fernando missed the first game as the trade hadn’t been finalized in time. In the last two games, he has been playing a very physical brand of basketball on both ends of the court. He is making his case for a roster spot on the Celtics this season.

Players to Watch
Tyrese Maxey
Maxey has been the Sixers best player in their two games so far, averaging 26 points, 5.5 rebounds, 4.5 assists, 1 block and 2 steals per game. He has also been good on defense also. The Celtics need to slow him down to get a win in this one.

Isaiah Joe
Joe played very well in both games so far. He is averaging 18 points, 4.5 rebounds, 2 assists and 1 steal in the two games so far.

Honorable Mention
Paul Reed
Reed has been good on both ends of the court for the Sixers. He averaged 15.5 points, 10 rebounds, 2 assists, 2 steals and 2.5 blocks in the two games the Sixers have played so far.

Both teams will be evaluating their players and trying to get an idea of what they have in players who are on their rosters while also taking a look at the other players with an eye toward the future as well as two way contracts. Starting lineups are very fluid and both teams may sit out key players for rest or to get a longer look at other players.