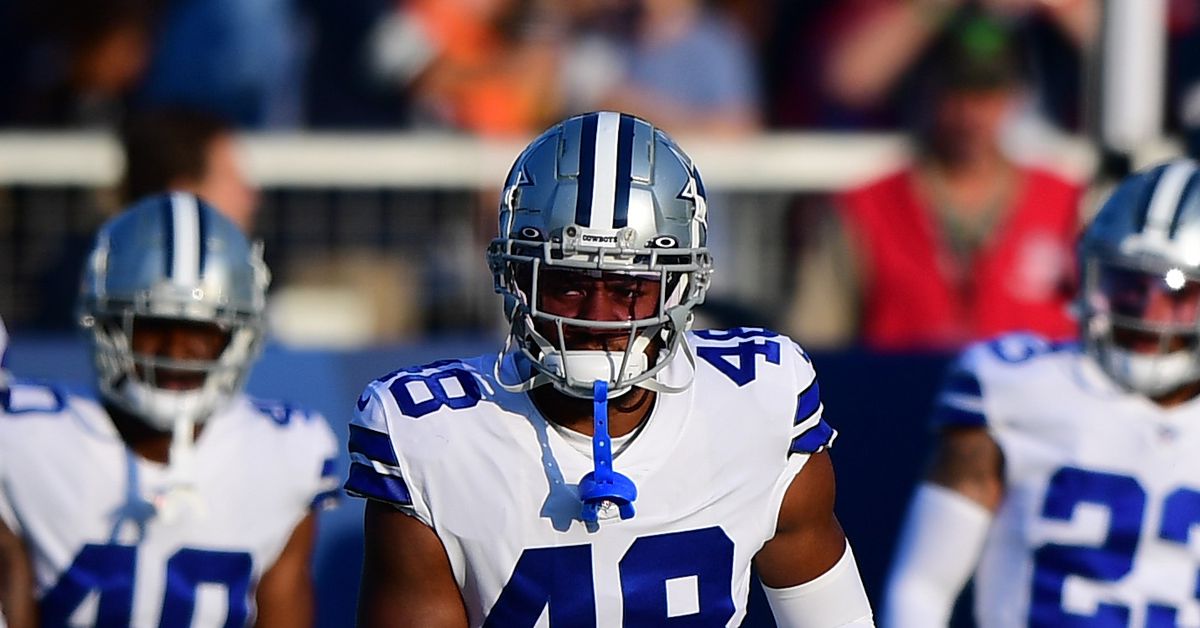 Playoffs, baby! That should be the takeaway from the Cowboys loss to the Steelers in the 2021 Hall of Fame game. How so? Well, Richie Whitt reminds us that the Cowboys have previously played seven times in the HOF game, three times they have lost, and each of those times they went to the playoffs. When they win, they don’t make the playoffs. Book it.

On a more serious note, there are things we can take away from the game. Some have already been mentioned, like the excellent debut for first-round pick Micah Parsons. Garrett Gilbert also seems to have established himself as a legit candidate for the number two spot behind Dak Prescott.

There were some other players that seemingly helped themselves in the game. It’s already being talked about that Nahshon Wright is continuing his quality training camp with a good showing in the game. He showed his ability to mirror receivers down the field and his size is definitely an obstacle for the opposing quarterback. The one time he did get beat it was a clear offensive pass interference on Chase Claypool. Wright also was in on five tackles.

Another rookie from the draft class had a decent game, although it came toward the end so not many noticed. Linebacker Jabril Cox was credited with four total tackles on the evening. He didn’t make any splash plays like a turnover or a pass defensed, but he was active and was getting runners to the ground.

Cedrick Wilson only had two catches, but looked like the best receiver on the field when he was out there. He probably would have had at least one more reception if another one of his targets was actually on target. It looks more solid every day that Wilson will be WR4 on this offense.

Cornerback Reggie Robinson is back at his natural position and while he wasn’t a splash player on the night, he had four tackles and one of them was a solid stop to hold the Steelers short of a first down. It’s definitely something to build on.

Edge rusher Azur Kamara was shut out on the stats sheet, but he was also kind of a disruptive force on a few plays. He doesn’t seem to always know where to go, but when he does make his move he does it with unusual quickness. He shot through into the backfield on a few occasions and should get some more looks to see if he can turn that quickness into production. He looks like he has tools, he just needs to refine his awareness.

Maurice Canady continued his surprising offseason with a tackle for loss. Quinton Bohanna had an active first game. And Malik Turner was putting in work, but marred that with a fumble.

We’ll have to see if any of these guys can carry on some momentum into the next preseason contest.